The Giant's Causeway: an exceptional stroll in the ochre

Discover the Ochre Trail in the heart of Roussillon thanks to the marked trails. You will be blown away by the spectacular landscapes that open to you upon your arrival. Ochre is everywhere, showing you several variations of natural colors, landscapes shaped by water, wind and man.

Two differents trails : one short and one long, both taking you through the ochre lands on a 30 or 60 minutes walk. Of course you may stay as long as you like.

Information signs all along the path describe the geology,  flora and history of the ochre deposits in Luberon.

Remember: it is a protected area, please follow the safety instructions so you can enjoy your timetravel through the 110 million years of history. 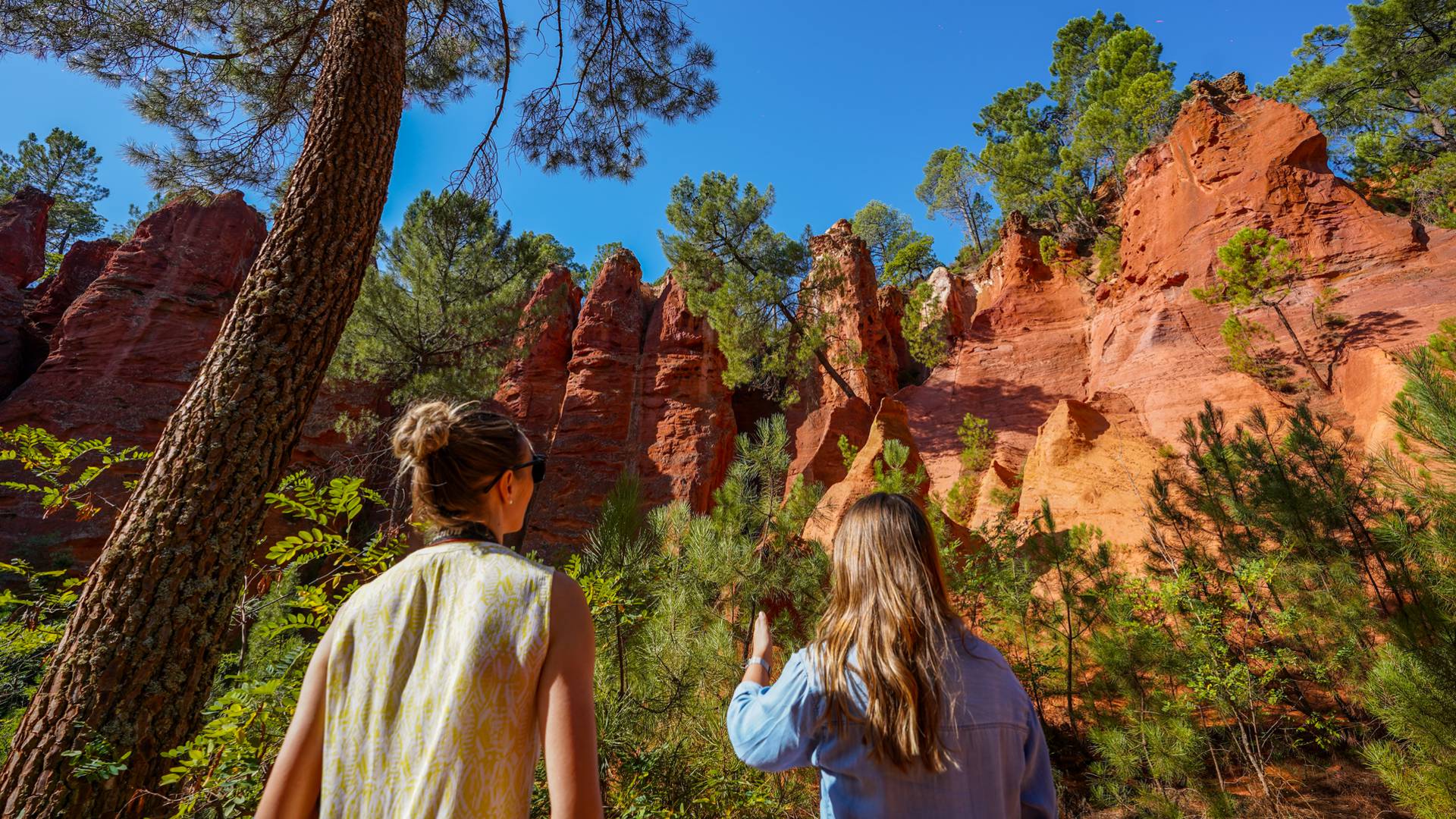 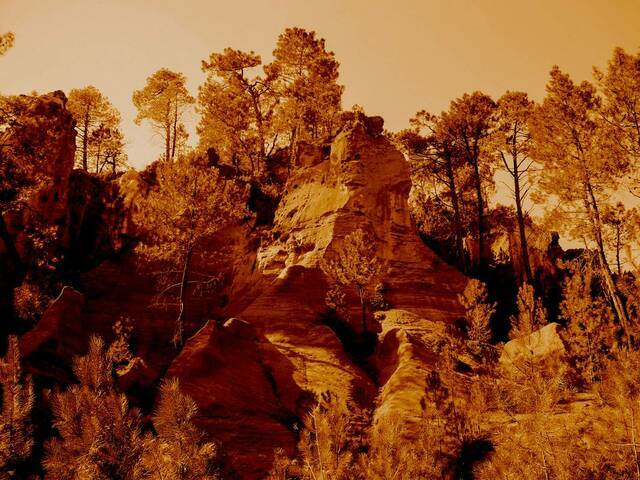 Lady Sermonde and Lord Raymond d'Avignon lived in the castle in Roussillon. Guillaume de Cabestan, son of the Lord of Cabestan in the Hautes Alpes was taken on at Roussillon castle to work as a page and to apprentice to a knight in order to learn knightly ways.

Raymond d'Avignon, who was an avid hunter, preferred the company of his horses and huntsmen and often left his wife alone. And with time, Dame Sermonde and Guillaume finally felt in love.

The young page’s songs became more insistent and obvious and the domestics at the castle reported their suspicions to Lord Raymond d'Avignon.

Wanting to know more about the situation, Lord Raymond invited young Guillaume at a hunting party and turned the conversation to his wife. So as not to betray Dame Sermonde, Guillaume told Lord Raymond that indeed he was in love but with Dame Sermonde’s sister, Agnès.

To be sure, Raymond d'Avignon decided to travel to the nearby town of Tarascon, with Guillaume, in order to have confirmation of Guillaume’s story. Agnès quickly understood all that was at stake, and to save the two lovers, she played along. Dame Sermonde learned of her husband’s actions, and was both furious with his behaviour and indignant that her love for Guillaume went unacknowledged. She demanded that Guillaume tell their story in one of his songs.

Guillaume sang of their love and, hearing the truth, Raymond d'Avignon flew into a rage and took his revenge. During a hunting party, he stabbed Guillaume in the back, cut off his head, and cut out his heart. He returned to the castle with the heart and had his cook prepare it with a spicy sauce.

Dame Sermonde delighted in the dish, until her husband informed her that she had just partaken in dining on the heart of her lover. "Seigneur”, she said, “you have given me such a good meal, that I never want to taste anything else again”.

Realising that his wife was escaping his control, Raymond d'Avignon drew his sword, but Dame Sermonde fled out of the castle to the edge of the cliff, and threw herself over the top. It is said that her blood coloured the lands all around, and that a spring gushed forth at the point where her fall ended. 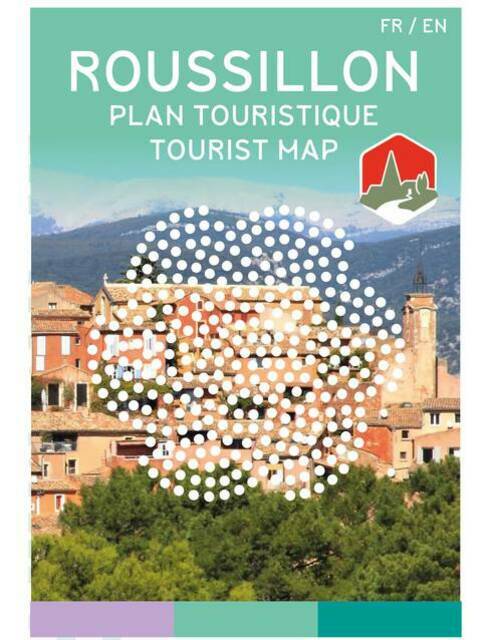 Where is located the Ochre trail ?

The Ochre Trail likely similar to Colorado Provençal in Rustrel, is located in the department of Vaucluse in the village of Roussillon in the heart of Provence. The ochre cliffs can be oberve from the centre of the village and the entrance of the trail is easy to find.

Located in the centre of one of the biggest ochre deposits in the world, Roussillon is surrounded by a beautiful countryside. The village is famous for its magnificent red cliffs and ochre quarries. Roussillon is also ranked as one of the most beautiful villages of France.

​They are paid parking, 3€/day

The above schedule is provided for information only, the site may be closed in case of bad weather.

No vouchers or holiday vouchers are accepted.

The trail stareted with 350 steps. That's why it is not adapated for wheelchairs or stroller.

Should we book in advance?

Can you visit with your pet ?

Dogs on a leash are accepted on the site.

Can you have a picnic on the trail ?

Picnic are not allowed on the site.