Home / THE LUBERON / STRANGE GUYS THOSE ROMANS ?
-A +A
Back to list 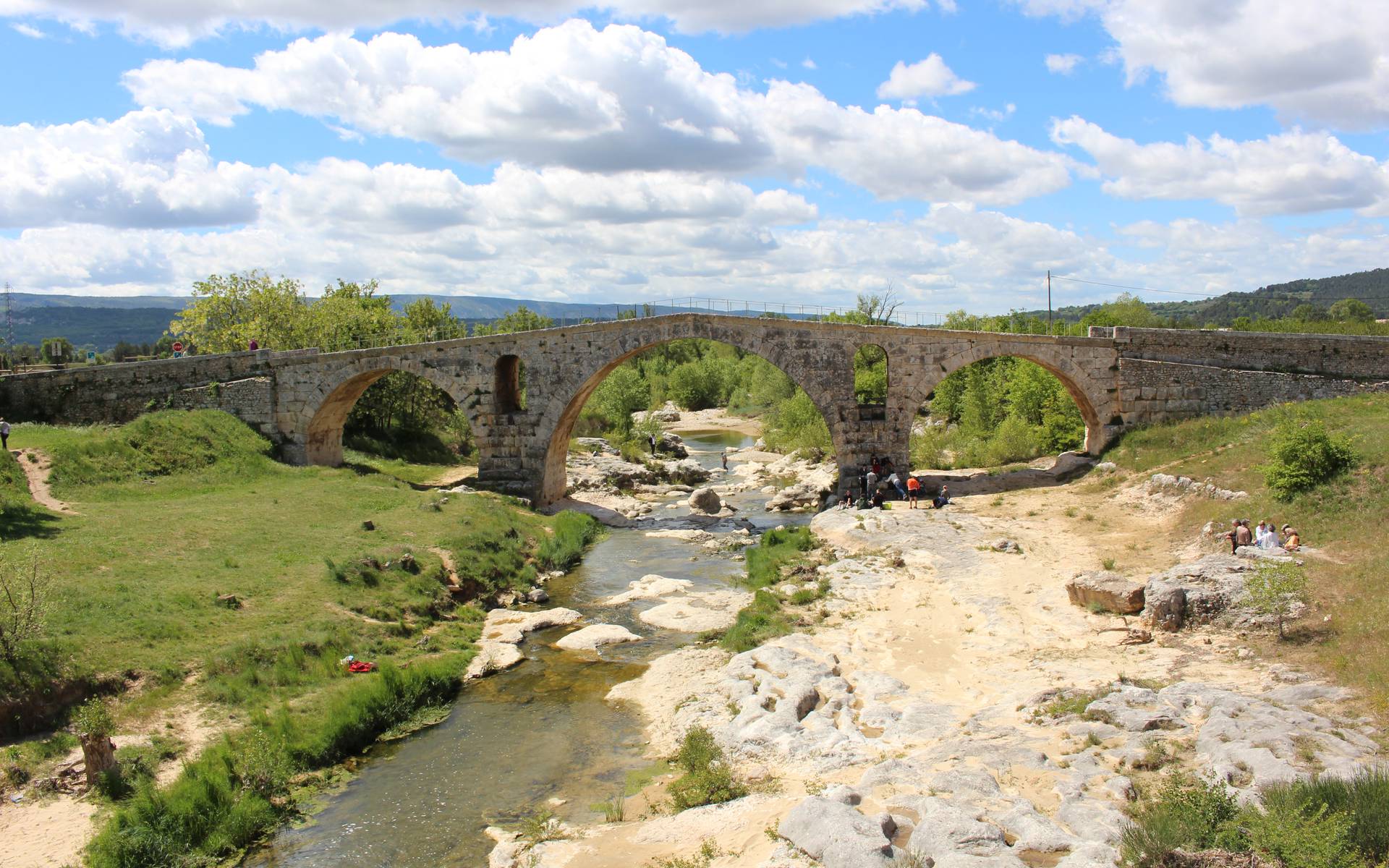 Do you know that the Pont Julien has been used for road traffic until 2005 !

If I were a Gallo-Roman trader living in Narbonnaise Gaul (around 120 BC), I will have crossed the Pont Julien to go to Rome or to the Spanish provinces. Equipped with my of Vicerello itinerary, the "Michelin" map of the time, I have all the useful information: lodges, relays and distances in miles; the shortest and safest route.

Soldiers, civil servants, merchants, travelers, pilgrims, the imperial post office, travel on the Via Domitia, which is already very busy. Thanks to the texts and the archaeological research, it was put together on almost all of its course from the Rhone to the Col du Montgenèvre. It is a public road, maintained by the Empire. At the approach of cities, this route, the oldest in France is 5 to 6 meters wide, and paved inside. This is the case near Apta Julia (Apt) and Cabellio (Cavaillon). Out of town, the road is covered with gravel. The layout is made of rectilinear segments in plain and adapted with a good practical sense to the ground conditions. Every mile (1480m), a column-shaped stone is erected. There were also roadside stops, such as "Ad Fines" (boundary lines) located at the edge of Apt and Cavaillon, between "Albici" and "Cavari".

Structures made of stone or wood equipped the way. Consul Domitius Ahenobarbus built the Pont Julien.

This work of art is one of the best preserved Roman bridges. Located on the Calavon, the bridge is firmly anchored on a rocky outcrop. More than 80m long, 6m wide and 11m high, it is composed of three semicircular arches, the central arch being higher gives the structure a donkey like shape. Large arched openings are arranged to facilitate the evacuation of water during floods. The work is made of local limestone (from Luberon quarries) with the use of wooden or metal spikes embedded in lead (the holes can be seen). The work is preserved in its entirety.

The name "Pont Julien" has been attested since the Middle Ages. It is related to the name "Apta Julia" (Apt), founded between 45 and 27 BC. JC. Julia's title refers to the emperor, Caesar. It is the only city described as "Julia" in the Empire on the route from Rome to Cadiz.

The bridge was built in the first decades of our era. In constant use since, it has undergone over the centuries only punctual repairs as in 1789.

Classified Historical Monument in 1914, this bridge is not adapted to the traffic of our time. Thus, today, the building is highlighted and another bridge allows vehicles to cross the Calavon between Apt and Bonnieux.