Standing against the Monts de Vaucluse, from Joucas, you can take in a choice panoramic view

Come and walk the streets of this hilltop village steeped in history that will protect you from the Mistral: this is perhaps the only sheltered place in the Luberon Regional Nature Park! Dominated by a former Templar Command post listed as historical heritage, this maze of Provencal “calades” will incite you to explore its unusual history, punctuated by the Knights of the Hospital of Saint John of Jerusalem as well as by the settling of the Waldensians of the Alps in the 15th century.

Deserted several times during the wars of religion, it is today a lively village that welcomes you with open arms! Enjoy its cultural events or admire from its slopes the red ochers of Roussillon, the Luberon and the fields of vines and lavender that color the valley. Remember, however, to hide from the sun for a few moments to admire the bright trompe-l'oeil in Saint John the Baptist church. To visit Jocadium means to go off the beaten tracks and find an original walk in the Land of Apt!

From Joucas, the view of the plain and the Petit Luberon is breathtaking. This situation, which prevented attacks, is today one of the assets of this beautiful hilltop village. Beautiful stoned streets rise up like a staircase between old stone houses and flowered corners.

In 1055, Castrum Joucas is mentioned in a charter of Saint Victor Abbey in Marseille. The name seems to logically refer to a "perched site".

Property of the bishops of Apt, then of the family of Agoult-Simiane, in the 13th century, Joucas was transmitted to the military-religious order of the "Hospitallers Saint John of Jerusalem" which will later become "the Order of Malta".

In the 16th century, the general persecution of the Waldensians affected the village. Crimes were committed on both sides. The Lord Commander was assassinated and his body thrown into a well. The majority of the Waldensians converted to the Prostestant Reformation. Later, in 1663, the castle of the Commandery (vestiges at the top of the village) and the Temple (church Notre-Dame) were demolished by the Catholics.

At the end of the 18th century, the priest, representative of the Commander, built a new church despite financial difficulties. The village was poor, its resources limited. People traded timber and boxwood.

During the French Second Empire, the people asked to benefit from social progress, the railroad, a better access to water, the postal services... From 1833, the public school was free for the poorest families.

Nowadays, Joucas is a lovely stone-built hilltop village showing the “Labyrinthe d’art” and its monumental sculptures which question humanity. 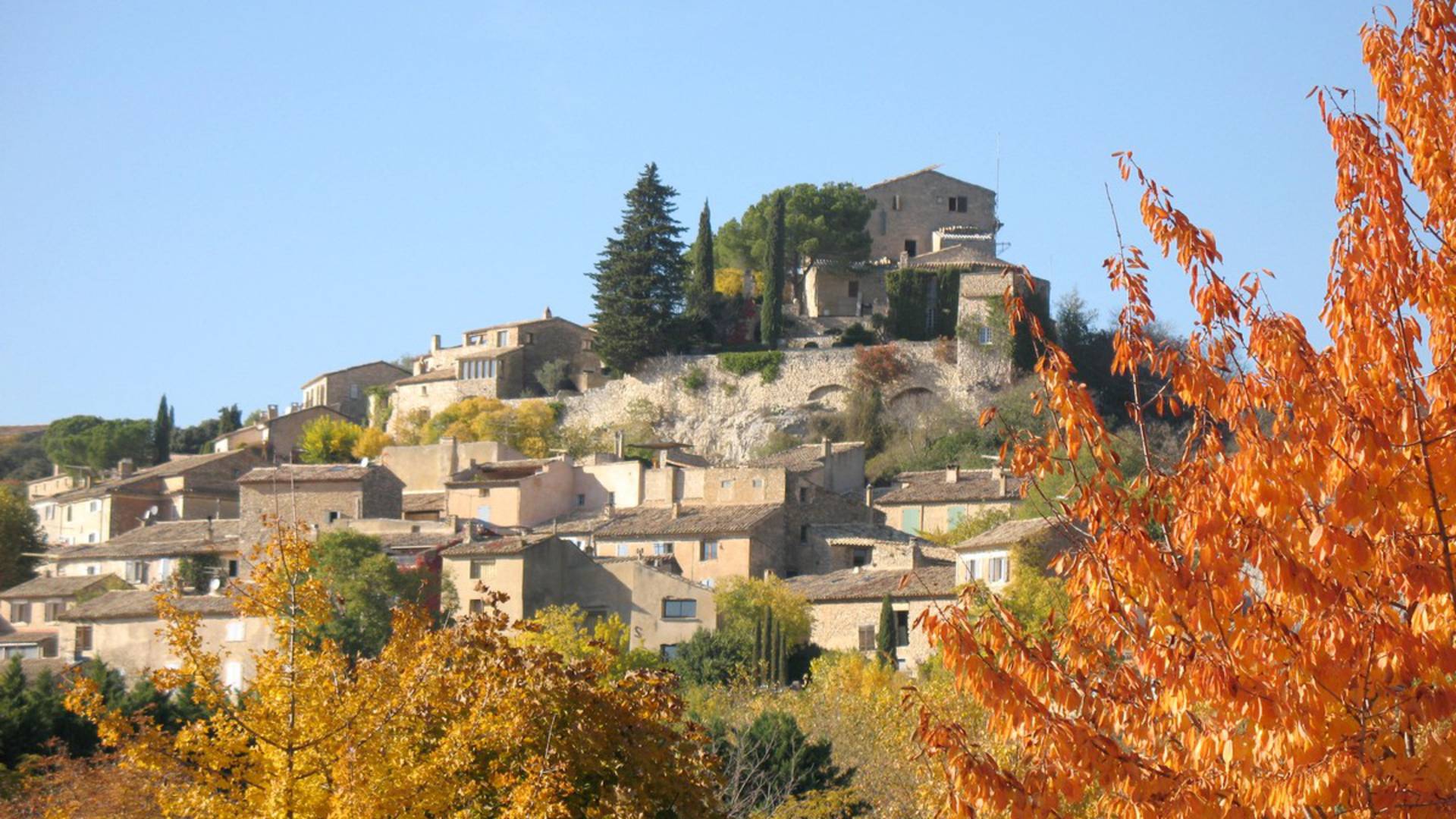