The den of Marquis de Sade

Located 16 kilometers from Apt, Lacoste is one of the Luberon hilltop villages. It faces the village of Bonnieux and offers a viewpoint to Mont Ventoux.

You will discover this medieval village rich with character by walking in its cobbled streets which go up and down in a bewitching labyrinth.

You will admire the church of St.Trophime dating from the 12th century and the 1550 belfry adorned with a wrought iron campanile.

Let yourself be charmed by a stroll in the heart of its ancient ramparts and stone houses.

A village of Arts

Overlooking the village, make a halt at the Lacoste Castle, whose origins date back to the Gallo-Roman era. Until the 16th century, it was the property of the Simiane family before being bequeathed to the family of the Marquis de Sade. Witness of the Revolution and looting, it has been restored by the current owner, couturier Pierre Cardin who kept its rubble like aspect.

Lacoste is also known for its art school founded in the 70's by the American painter Bernard Pfriem. Now attached to the Savannah College of Art and Design (SCAD), it welcomes students from all the world who come and complete their studies, all year round. 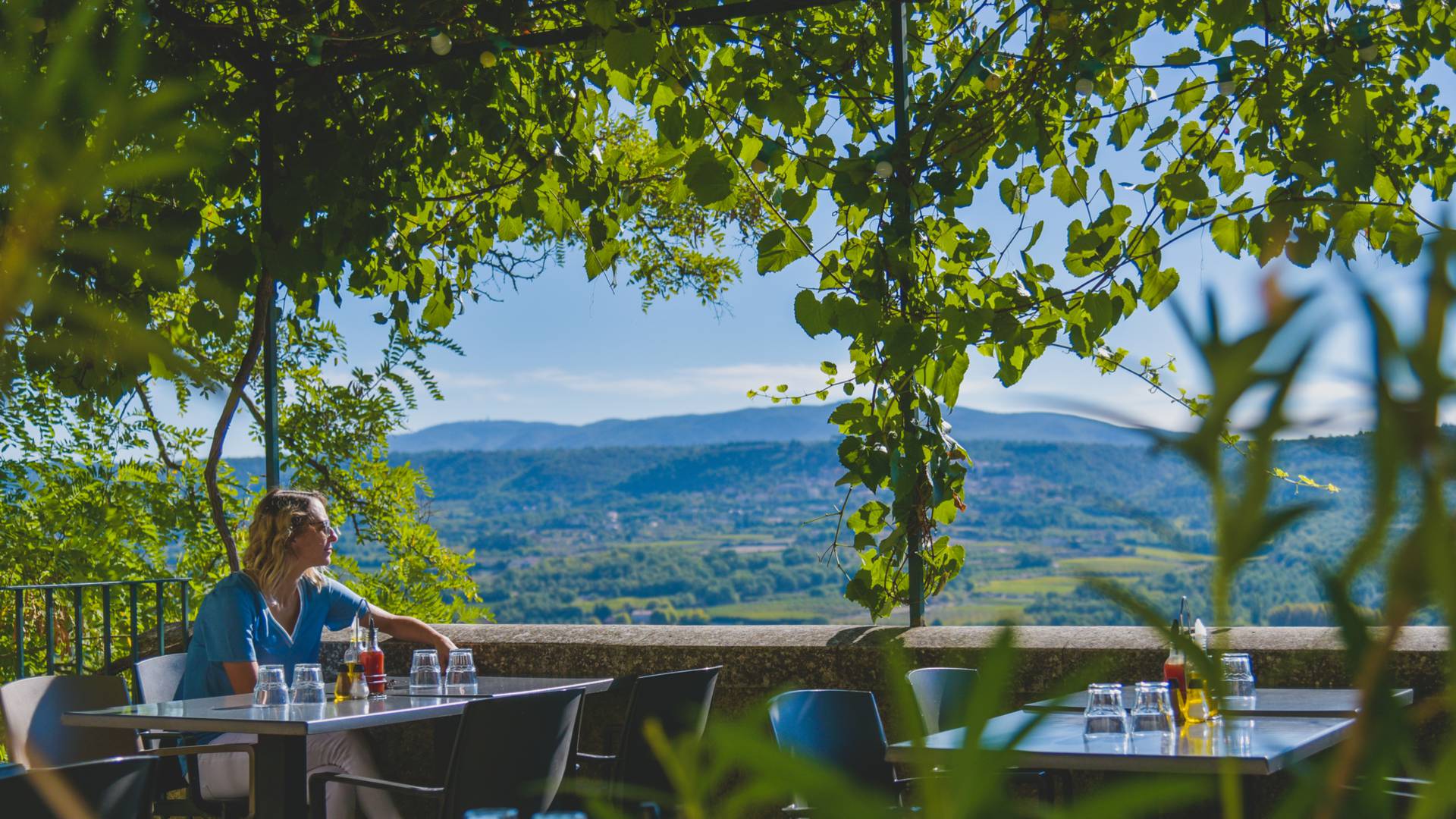