A must for any visit to the Luberon: the Saturday morning market!

Not to be missed: Apt Museum on the history of candied fruit, ocher and the faience of Apt

We propose a route to visit the city, get the map at the tourist office!

The city that will entice you 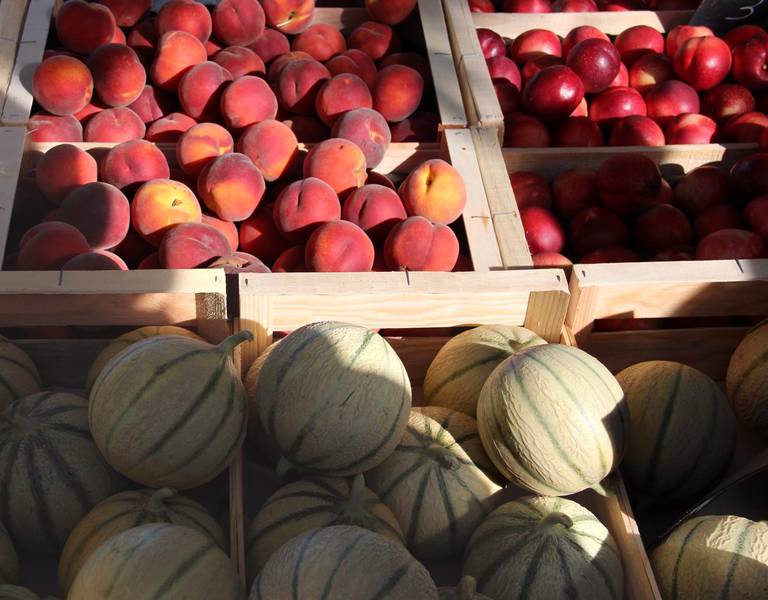 The heart of the Luberon

Located in the heart of the Luberon at the foot of the northern slope of the massif, Apt stands out as the capital of the Luberon. This pleasant typical Provencal town is famous for the quality of the produce of its soil. Apt is honored to be ranked "Site remarquable du goût", it is so for a good reason, being is the world capital of candied fruit! Advice to gourmets! You are here in a country where you eat well! Connoisseurs know that on Saturday morning it is the place to be to fill up your basket with local products. You will find an exceptional assortment of local products: honey, vegetables, sun-drenched seasonal fruits, goat cheeses, etc. And all with the Provencal accent of the vendors! What to remember most from this market where people admire the colourful stalls of all kinds of products (terroir and craft, is the atmosphere and authenticity. Your steps will be punctuated by the song of the cicadas as well as by the musicians who play from one street to another. You will not know where to turn and your senses will be amazed. Note immediately in your travel diary! 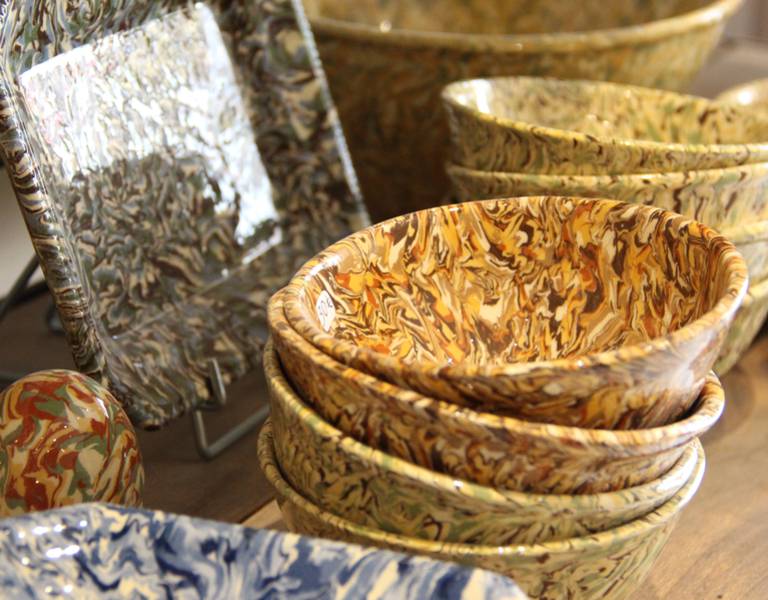 A land of craft

Apt is also an artisanal land, thanks to its clay soils, its ochers and a long pottery tradition. The potters of Apt invented the "terres mêlées" or the "marbrure Aptésienne". It is a clever mix of colored clays covered by a transparent glaze. Today, you will find artisans who still carry on this tradition in Apt. 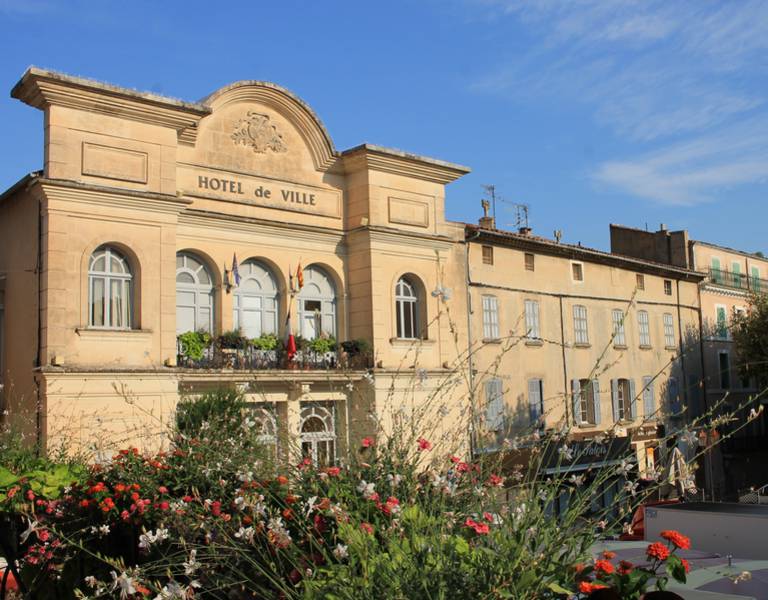 This city will also seduce you with the charm that emerges from the small streets of the old town with its many squares occupied by majestic fountains, mansions and ramparts that are part of the decor! And to top it off, in the background, the landscapes of the Luberon sprayed with lavender on one side and on the other the Monts de Vaucluse where the hills are tinged with ochers in the foreground. No doubt you are indeed in the heart of our beautiful Provence!

Apta Julia, founded by the Romans around 45 BC. on the Via Domitia, was undoubtedly named in tribute to Julius Caesar who devotes in the "pax romana" the twinning between Romans and natives. According to tradition, Julius Caesar stopped in Apt when he returned from a campaign.

During the period of "Narbonnaise Gaul", Apt is one of 24 cities. Very prosperous, Apta Julia has a forum, a triumphal arch, a capitol, a temple, baths and a theater as important as that of Orange. Its population is about 10,000 inhabitants (only slightly less than today).

In the 2nd century, Apt welcomed Emperor Hadrian who left an epitaph for one of his favorite horses, Borysthenes.

At the first Western Council (4th century) held in Arles, the bishopric of Apt is represented. It is one of the historic dioceses of Provence.

In 895, despite fortifications, Apt was plundered by the Saracens; the populations anxious to defend themselves flew back to the heights.

Co-lords, consuls, Apt was then administered by the prince-bishops for the district of the Bouquerie and by "bayles" for that of Saint-Pierre.

During the Middle Ages, encircled in its ramparts, Apt leads an intense life, supported by a flourishing trade and its market. In the 14th century, it benefits from the installation of the papacy in Avignon. The Regional Council of 1365 is held in the city; Pope Urban V attends.

In 1483, Provence gives itself to France and Apt follows.

The year 1540 is the beginning of the repression against the Waldensians. Collin Pellenc, winemaker is burned alive at the Postel. As early as 1460, 1,400 Waldensian families from northern Italy settled in the Luberon like in the hamlet of Roquefure. The Catholic repression against the Waldensians led to a real civil war. Apt suffered several seats from the Reformed. Surrounded by Protestant strongholds (Ménerbes, Sivergues, Buoux), the city remained faithfully Catholic. After the "Merindol massacre", 24 villages were destroyed and 3,000 people killed.

In the 17th century, Louis XIII and Anne of Austria in need of heirs demand public prayers and devote themselves to the worship of St. Anne. At the request of the Queen, the Consuls sent a relic of her patron saint preserved at the Cathedral. Well after the birth of the future Louis XIV, , Anne of Austria is welcomed in the city from 27 to 29 March 1660. This visit will contribute enormously to the development of the cult of the Mother of the Blessed Virgin.

From the 17th to the 18th centuries, the intellectual life of Apt is marked by some local scholars and a great renewal. In 1789, Apt participated in the preliminary works of the reforms and adopted the principles of the Revolution. In 1790, the old “viguerie” is promoted to the rank of sub-prefecture.

The 19th century, apart from the many political upheavals, will bring to for Apt the railway and industry, confirming the traditional activities of the city: ochers, earthenware, millinery, wax, candied fruit, iron, sulfur etc. A century later, most have disappeared.

Today, in the centre of a Regional Nature Park, Apt is the "capital" of its country, the Pays d'Apt in the Luberon.