Ménerbes, rising from the stone, recalls that since the 11th century, the village was a perfect fortress. Named in honour of Minerva, Roman goddess, daughter of Jupiter, this village has a rich past.

Prehistory has left many traces: the rock shelter Soubeyras, the dolmen of "la pichouno" (the little girl), a unique megalithic monument in Vaucluse with that of the neighboring town of Goult (the dolmen of Ubac).

Ancient sources also point to the location of the "ad Fines" road stop on Via Domitia at the border between the tribes Cavares (Cavaillon) and Albici (Apt) territories.

Saint Castor, Bishop of Apt, author of many miracles may have taken refuge in the cave of San Castro.

In the Middle Ages, from the 12th c., the gateways to the village, Saint-Sauveur and Notre-Dame, as well as a citadel were built. The Carmelites of Mount Carmel in Palestine built a convent. Back from the Crusades, King Saint-Louis founded the Saint-Hilaire Priory.

In the 16th century, the wars of religion hit strongly the history of Ménerbes. The Catholic troops of the King of France and the Pope besieged the village during 5 years before bringing down the Calvinists who occupied it.

Ménerbes, certified "Most beautiful village of France", became popular when Peter Mayle wrote his novel "A year in Provence".

But the quaint village, its cobbled streets, beautiful houses and mansions from the 16th to the 18th c., has always drawn many famous artists: Nicolas de Stael, Picasso and Dora Maar...

Why? Come and find out! 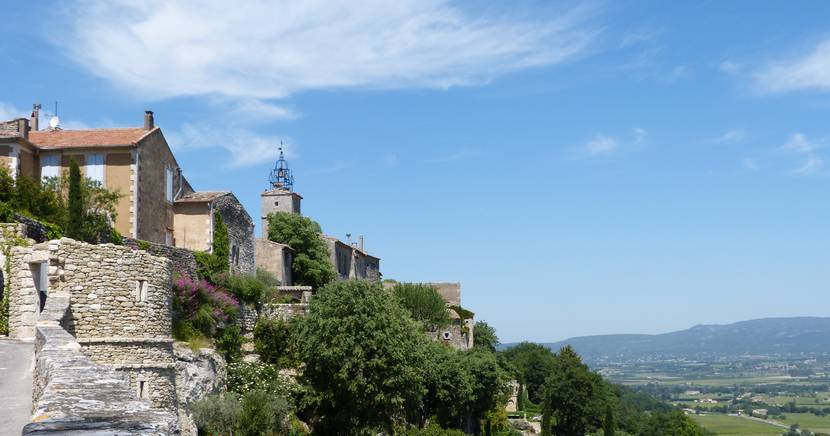